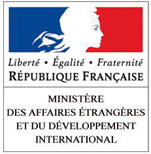 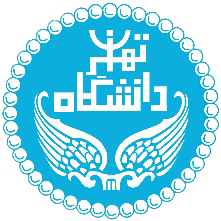 athematics of the 20th century has witnessed many outstanding figures, groundbreaking ideas, profound abstractions and major developments. It is impossible to decide who has had the most important influence. But if fertility of works is a decisive criterion, then a name stands out in any list of prominent mathematicians the 20th century: Alexander Grothendieck.

Grothendieck's contributions to mathematics are so profound that for some branches of mathematics it makes sense to speak of two eras: ‘before Gorthendieck' and ‘after Grothendieck'. The ‘before Grothendieck' era usually amounts to ‘nothingness' or ‘old stuff', whereas the ‘after Grothendieck' era always involves ‘creation', ‘novelty' and breathtaking progress. His ideas and works permeate mathematics and still inspire mathematicians. Mathematical community has been privileged to have such an inspiring mind, creating ‘new worlds'. But mathematics is not the only ground in which Grothendieck left a venerable heritage. Arguably, his noble professional ethics have transcended moral standards of scientific activities, particularly among mathematicians. Both of his mathematical and ecological activities have led to great achievements or impacts that deserve to be acknowledged as a bright part of our collective memory.

The Iranian mathematical community, young in the historical scale, has many things to learn from the life and career of Alexander Grothendieck. In this regard, it is our pleasure to announce the Grothendieck Seminar which will be held at the University of Tehran, Tehran, Iran. The goal of the seminar is to promote different facets of Grothendieck's life and heritage.

The organization is still in progress. Thus, please do not hesitate to contact the organizers at a.g.seminar2016@gmail.com or siamak.yassemi@gmail.com if you have any queries about attending or participating in the seminar.

Institute for Research in Fundamental Sciences

Presenting and screening the film L'espace d'un homme by Hervé Nisic, a portrait of Alexander Grothendieck

You can find the program by clicking here

Poster of the film