The orientation seminar of Dr. Jörg Schneider (head division of International affairs of DFG) from Germany was held on 25 th September 2016 in College of Science. DFG stands for German Research Foundation that is among research support agency in Germany which mainly supports basic science projects. The structure, diversity and differences between varieties or of research organizations in Germany were explained by the presenter. In addition, the structure and mission of DFG and its capacity to support research at an international level was described with more details. At the end of the seminar, question of research or international affair representatives and faculty members of the university was addressed by him. Besides introducing the higher education and research support organizations in Germany, he has announced of future bilateral project support of the Iranian researcher in cooperation with INSF (Iran National Science Foundation). 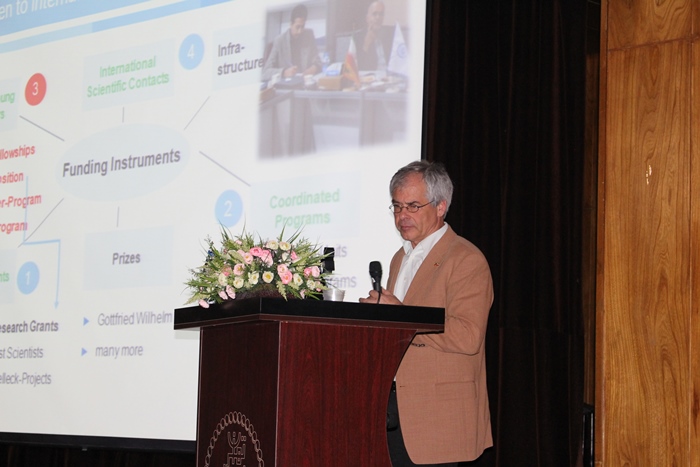